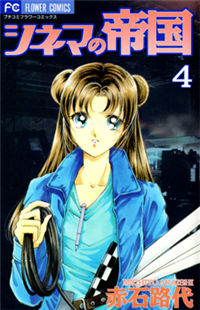 Kaori was adopted by Hokuto Ryouzou after her grandmother died. She has the power of a shaman or “uta“ of Okinawa, whose left eye can see others’ future. The Hokuto family owns the “Hokuto Group,“ the leading movie company in Japan, and Kaori is behind its success. When Hokuto Ryouzou dies, it is written in his will that whichever son of his that Kaori chooses to marry must leave with her and will not be president of the Hokuto Group. Kaori chooses to marry Youhei instead of the one she really loves, Seiya. -- Esthétique