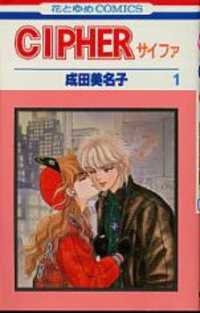 From CMX Manga: Anise can’t believe her luck when she finds herself in the same high school as famous former child star Siva. Although the cool and handsome Siva seems unapproachable, Anise manages to become his friend. But her happiness turns to surprise when she discovers Siva’s secret: for years, he’s been switching identities with his twin brother, Cipher!